Ukraine: Free for All! IT seemed rather neat: we almost took over the Ukraine, and we did not use the military!  They did it with the world bank, and some mercenaries hired from Israel.  There was talk the Crimea was perhaps a lost colony of the Jews.

There may have been a reason, that non-state operations went the wayside of history. Just imagine the mess: individuals with mercenaries taking over a region, and then they either kill each other or buy each other off, the mafia moves in,  I mean, could you say this is a victory for democracy?

The Ukrainian experience has not taught us this is a good model.  Rather what we have seen is an exodus of people from the Ukraine to other places including New Jersey and New York.  The country itself is unstable and corrupt, and likely to remain so for a long time to come.  The pro-Ukrainian takeover group has infiltrated the CIA, the NSC, the State Department and to some extent the Congress.  Infighting between those who want further commitment to the Ukraine project and those that do not have affected the smooth running of our government, and this created an assault on the president.

The oligarchs chosen to run the Ukraine are all Jews, an affront to the people of the region.  Jews have been brought in from all over- Canada, the US, and Israel to run the country by Soros.  This has become more of a type of robbery than the establishment of a free nation.  We have done little to nation build, and the people who live there are poor.  We should not desire to rob the country, and deprive the poor there.  This is like the attempted takeover of Germany after the collapse of the Chinese trade, only worse.

Posted by Stoic Person at 4:05 AM No comments:

One problem with an open system is you find it difficult to track who is doing what, for what purpose.  With C19, did the globalists do something?  Was it their plan?  Were the Chinese involved also?  G8?

Who knows?  What purpose was there for springing this virus on us?  Was it the lockdown and the reboot of business?  Was it a global labor dispute?

The nice thing about a central government, is that problems are their problem.  Their job is to protect the country.  If you have several centers of action, who is responsible to act, to stop actions being taken by someone that threatens constituents? Alliances might mean a perpetrator is also in league with those who are to protect us.  How are we to know with much certainty, who is doing what?

This is what C19 shows us.  WE have multilateral suspicions, and no certainty.  We have several groups throwing doubt into the situation.  Non-nuclear states, meaning having no particular central authority, leads to confusion, and this ... might mean they do not respond to immanent danger, or suspicion might lead to errant confrontation.

We are certainly seeing the growth of crime, and rogue groups whose allegiance is uncertain.  We are also seeing international pressure acting against our country, for which we have not mounted a concerted effort to counter.

The fact that shows multilateralism is a failure, is to see that censorship prevails, and no one did anything about it.  There has been no correction.  Also the justice system seems to have been turned off.  No wonder Blacks think they do not want police, they are accustomed to that at the federal level.  What crimes are taking place out there?  Money laundering?  Yep.  Corrupt reps?  Yep.  Drug and human trafficking?  Yep.  Corrupt Foundations?  Yep.  Well- crickets.  Journalism also isn't functioning.

Dodgers won.  Those Latinos like baseball.  You know immigration is up to the federal government, not the MLB.

Posted by Stoic Person at 11:58 PM No comments:

Street protests have broken out in Italy, because of the protracted and severe restrictions there. All along free countries have felt restrictions imposed on them were improper, and poorly designed, and also that the pandemic was hyped.

Beyond this they feel at a loss to have an impact on how their government is reacting.  They are afraid impositions from outside the country might further harm them, perhaps with some other disease that is worse.  They do not see sensible steps being taken to protect them, rather they are being treated as prisoners.

There may be other unexpected surprises.  But what we have seen starting about October 15th, is the collapse of the Fake New York News merchants.  This is a rather big thing.  The "press"  as they call themselves are realizing that if P. Trump wins the election again, they are finished.   It may already be so, for the social media giants have put out the word the voters are not listening to the "press".  This started a panic, and they imposed a huge wave of censorship on public accounts as a possible solution.

The failure of the press was evident long ago when CNN attempted to have the border controlled, and the Chinese trade reversed.  Although American loved them for this reporting, the people controlling the outsourcing, and the banks did not listen.  In other words the free press failed to rouse the public to stop bank deregulation and its aftermath.  Politicians did not listen, and were bought off.  They then switched and intended to influence the voters to back the bankers and globalism.  Their ratings sank over time, and they lost all influence on the public, as Internet sources became more influential.  If you sought the truth, the collection of information and free thinking there was your best bet.  WE can thank in part Bill Gates for pushing computers and the internet for communications.  Ironically, Bill is funding the Stasi-like program to kick people off social platforms that are influential and unaligned with his international agenda. You can pay to talk, but you better say the right things, eh?  It is being manipulated to control communications, rather than be a conduit for information.

Why do members of the "press" show up at work?  Because they are still being paid.  The real free press is always close to the grassroots.  It started that way, and that is always where it will be.  The printing press showed the power of the truthful voice.  Today it is the Internet, and hopefully its restriction will not force people to seek some other means to communicate.  But for the time being the truth is still getting out, blasting out in fact, and as long as people embrace the Internet as a vehicle of commerce, that will probably be so.

Posted by Stoic Person at 7:11 AM No comments: 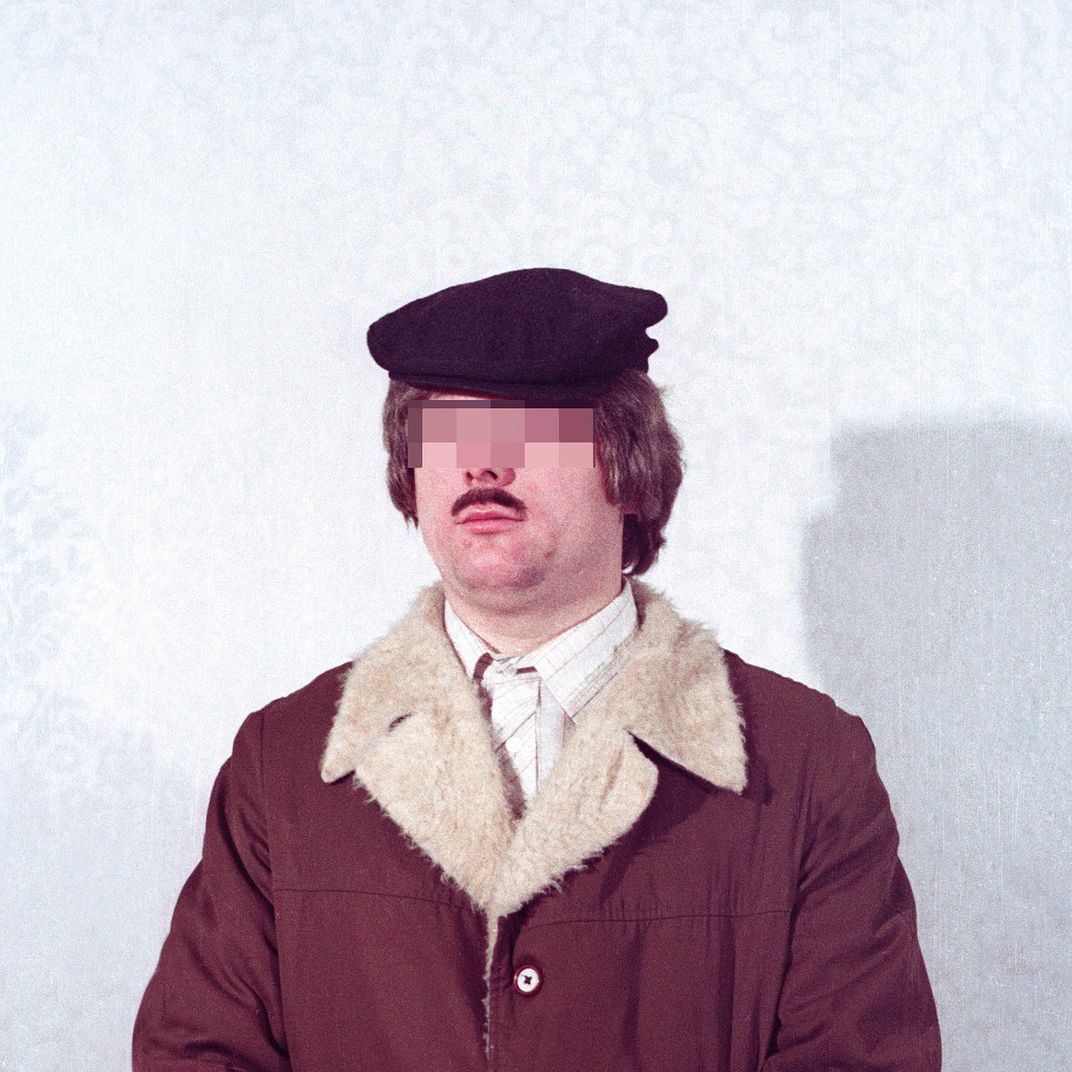 We once had straight debates, no sharing questions ahead, impartial moderators, no earpieces, and people largely went to the polls unimpeded.  We are now in another universe.

In the same way Obama had used the IRS to attack Republicans, now people are being trained to attack Trump supporters though the net in  military type operation of information collection, and working on organizations to mess up their lives and businesses.  They do this as an assault in the streets and also over the net.  They are an international group spread out over the globe who target individuals that work against their agenda.  They can enter a zipcode and give a list to a local agent that then attempts to complicate their life through stalking and interference.  One sign you are under attack is unusual information requests.

They are funded by Soros and Gates.  These Stasi-type operators should be sought out and arrested as international criminals.  Through intimidation they hope to influence the election.  It is shocking, all the mainline people who are being deplatformed, just for criticizing Biden, or simply because they are religious, donated to P. Trump, or have deviated from the dogma on C19.

I myself was deplatformed from Facebook.  This desperation on their part is almost an admission of failure.  Sadly they are committed to making people's lives miserable as they sink.

Posted by Stoic Person at 12:26 PM No comments:

We all know how party politics can play out at its worst.  I ran into this when I called my rep over an issue, and the person involved with breaking the law was with the same party.  Somewhere during the Obama administration people in your party were allowed to break the law, just because they were in your party.  So say your governor was Democratic, and you were an official with the same party, you knew ahead of time you were covered.

Above you see the face of fear.  Joe is being called out for things he did in an earlier administration.  This sort of confrontation is new to Joe.  He is a tenderfoot in this arena.  He can scarcely believe someone is accusing him of something other people were doing, outside the country.  His response is predictable: My people will cover it- say the Russians did it, rigged it up.  He is tired, and naked here.  Should we feel sorry for Joe?  No!  Of course not- he broke a whole fistful of laws.  He and Hunter were on the take.  Not only that, he felt above the law in other ways, and in fact, "The Chairman" as he was called, took license with women and children, approaching them as he had, and lying to cover it up.  You know he did this, because he pulled the same games with his secret service detail.  they used to say, to know a candidate look at his kids.  Well, we are looking at Hunter, and boy according to all accounts that is a disaster.

IF you ever believed in the noble savage- natural man - as goodness, a counter-example can be found in San Francisco, where, because of the lack of police, people have been ransacking stores and just stealing whatever they want.  A third Walgreens is closing because of theft.

There was also the incident of a missionary in his boat who landed on an island off the shore of India, who was immediately murdered on the beach.  This is not the scene that is painted in Walden Pond, or in Mutiny on the Bounty.

There may be a noble savage somewhere, a self-sacrificing person, longing for fairness and equality in the wilderness of the globe, but where might he be found?

Have we erred, in letting our homeland be overrun by foreign people, so much so in our larger cities we cannot any longer carry out our civil life?